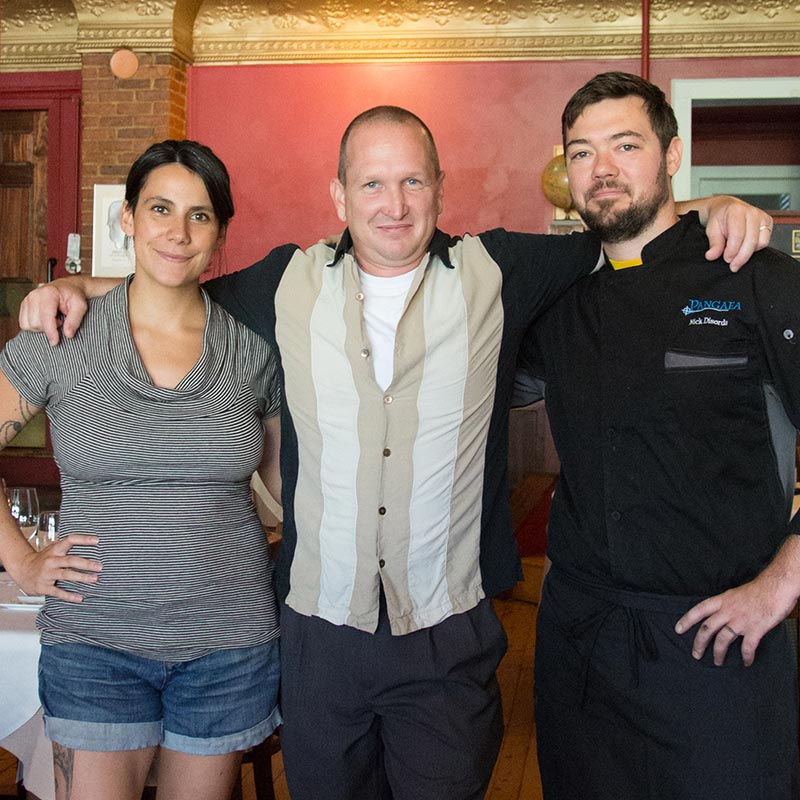 Bill and Maria Scully opened Pangaea in 2002 in the same building where he lived after college and washed dishes at the Main Street Café while working for local artists. The original idea for Pangaea was to bring the world (and international cuisine) to North Bennington in a restaurant where people could have great conversations. Pangaea’s formal, contemporary American-leaning French menu was successful from the start, attracting loyal patrons and dedicated staff. Scully opened The Lounge, Pangaea’s casual next-door neighbor, a few years later and expanded it several times to meet demand.

Nick Disorda and Lani DePonte-Disorda became co-owners in 2013 and took full ownership in 2018 with the hope of maintaining and nurturing Scully’s original vision. With delicious and dynamic food and a passion for the community of North Bennington, we look forward to the next 17 years of serving you. 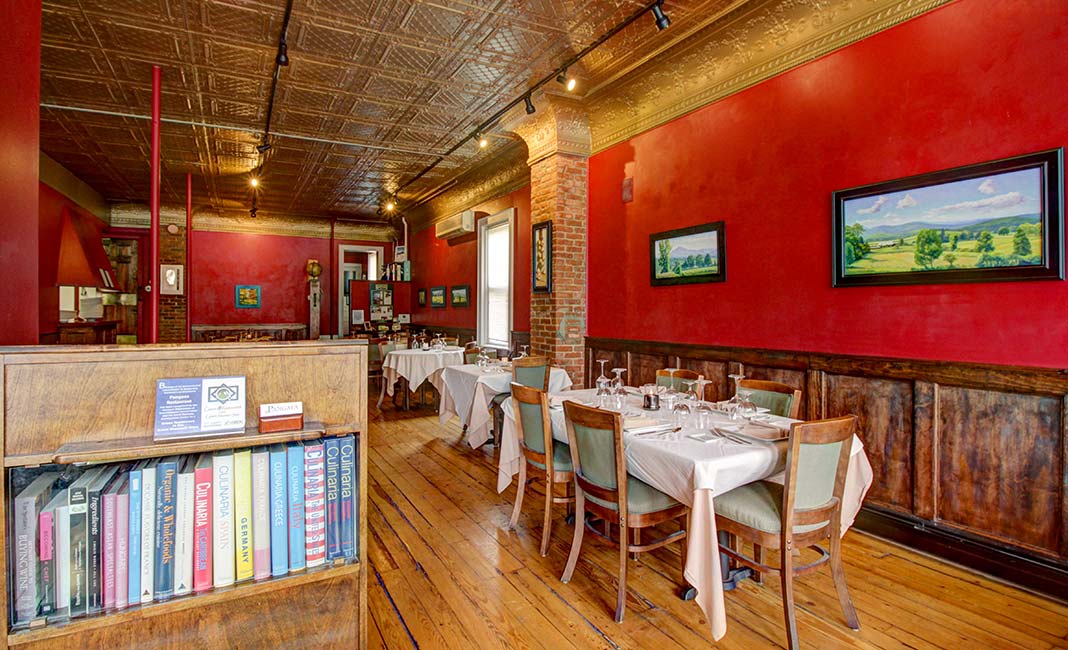 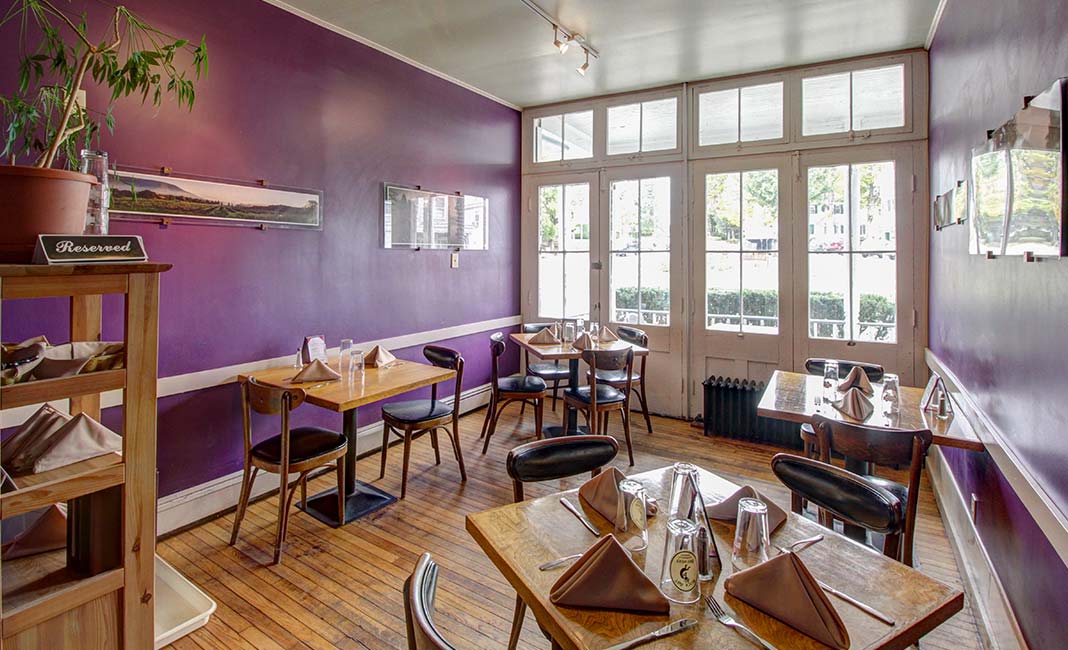