Mariam Shah, garam garam, and creating her restaurant wherever she goes. 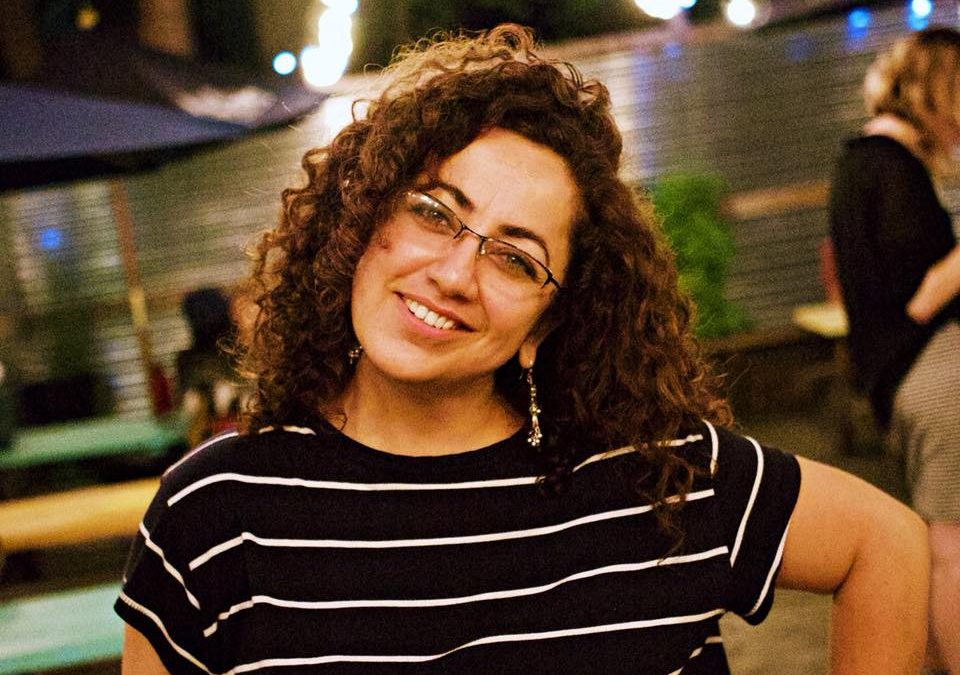 Mariam Shah is a graduate of Bennington College, an artist, and a phenomenal chef who specializes in traditional Pakistani cuisine. She is the founder of garam garam, a traveling “pop-up restaurant.”

Pangaea: Tell us who you are and where you’re from.

P: What brought you to Bennington and what made you decide to stay?

MS: After ten years of teaching art, working as the department head, acting and never having attended college, I found myself burned out and in need of a big change. Nothing else but college seemed to be the right choice, so I chose to attend Bennington College. After graduating, I stuck around while I looked for work and assumed that the only reason I was here was because I was waiting to leave. But having moved to Boston and then NYC and being miserable and visiting Bennington all the time, I realized that this is where my home is. There’s no point in fighting it!

P: Do you see a connection between art and cooking? Specifically yours?

MS: Honestly, I don’t. The only common factor is the obsession I feel for both. This constant desire to improve, to get it right, to be the best, to blow people away and above all, to make everyone think and question.

P: Growing up, is there a specific memory tied to food or cooking that comes to mind?

MS: Yes. I feel like I grew up in the kitchen. I don’t think I ever realized how much that time influences my food. There’s a constant nostalgia in the methods I use, the food I cook and the way I serve it. I remember how roti (flat bread) was made, how spinach wasn’t blended but endlessly chopped till it was almost like a paste, how shami kebabs (ground beef & chickpea patties) were shallow fried. I also remember how much I hated the homemade pizza everyone else in my family loved! It just didn’t feel right to me, it didn’t feel like us, it didn’t feel traditional.

P: When did you realize making food was something you wanted to pursue professionally?

MS: I’m not sure I still know that! Sometimes I think the career has presented itself before the desire! I find myself going along with it, like it’s holding my hand and running towards something amazing and I’m happily running along, curious to see what will happen. I’m open to everything right now. If food is it, then food it is!

P: In your opinion, what is special about Pakistani cuisine?

MS: I think it’s about the warmth of the food; the blend of spices, the comforting flavours; they’re satisfying. I think Pakistani food also lends itself to social interaction, eating family style, talking to strangers, feeding everyone and I think mostly, there is a lot of love in the food.

P: What is your favorite dish to make?

MS: It would have to be “Yakhni Pulao”. Rice and meat (chicken or lamb) cooked together, in onions, garlic, ginger, cinnamon, cloves, cardamom and lots of black pepper. I love making it because of how much everyone loves it. It’s the heart of Pakistani celebrations and I don’t know anyone here who has eaten it and not finished an entire pot in one night!

P: If you could only eat one dish that you make for the rest of your life, which would it be?

P: Can you tell us about your experience with your first pop-up at Pangaea?

MS: It was an incredibly nerve-wracking experience! I had no idea what to expect. It was my first ever pop-up. The evening was set family style, with a group of wonderful and supportive friends. Nick (owner of Pangaea) helped me in the kitchen and kept me calm during the days leading up to it. Lani (owner of Pangaea) was at the bar so I knew no one was bored or thirsty! I had endless advice from both so I knew I was on the right track. My favourite moment might have been when I looked up from the window in the kitchen and saw people passing platters to each other, asking for the rice, or the chicken, or the yogurt…I don’t think I’ll ever forget that moment. For me, that’s success. Conversations, connections and love over dinner.

P: How many pop-ups have you had since, and when and where is the next one?

MS: I have had seven pop-ups since then. It doesn’t seem like a lot but that’s because I moved to NYC after the first two. I did a couple in Brooklyn that were really well attended and immensely enjoyed. I’ve had three pop-ups since December 2018 after I moved back to the area. There’s another coming up on Sat 23rd March at Unihog and a smaller one at Hudson-Chatham winery on the 29th, in Troy. Currently we’re talking about another pop-up at Pangaea in April[1]!

P: Outside of pop-ups, what’s next for garam garam?

MS: I am trying to start a CSK, a program where people can sign up for monthly, fully prepared and packaged meals. CSK stands for Community Supported Khaana (Khaana means food or the act of eating in Urdu) and I’m hoping that through this program, I can collaborate more with our local farms to get the best seasonal vegetables and delicious meat!